Switch To A Different Campus 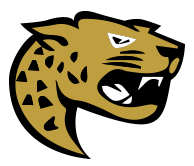 THANK YOU to the ACMS Volleyball Team! 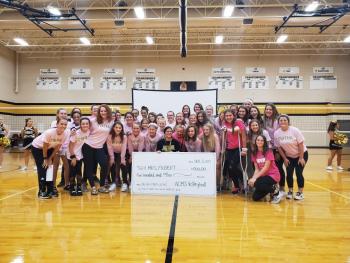 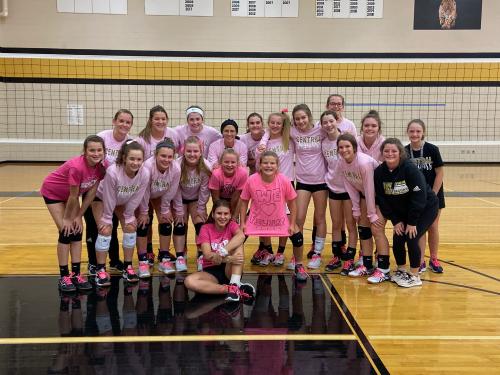 Since October is breast cancer awareness month, the ACMS volleyball team decided to sell pink t-shirts. The players then suggested they take the profit from every pink shirt raised and offer it to the office manager, Janet, who is currently fighting the battle of breast cancer. They secretly sold pink jags shirts and were able to surprise her with a $500 check on Thursday, October 3rd at the pep assembly.  This is to help her with her medical expenses while fighting this awful disease. Nobody fights alone at Andover Central Middle School. The players wore their pink shirts to warm up before the game. They also had pink ribbons in their hair and pink shoelaces.

In June, I went in for my yearly mammogram and was then called back for further testing and a biopsy.  I was then told I had cancer.  My doctor then got me an appointment with Dr. Diane Hunt, a surgeon.  I met with her and the same day she got me in to see my oncologist, Dr. Seth Page.  Together, they got me an appointment that same week for an MRI, Bone Scan, Heart Scan, and a CAT Scan. It was definitely a busy week. I then had my port put in on July 8 and started chemo on July 12. My cancer is double negative and HER2+. I have to have 6 chemo treatments along with other drugs that happen every 3 weeks.  My last chemo treatment will be on October 25th and then I will continue treatment every 3 weeks with 2 drugs that target my HER2+ until July of next year.  I will be having surgery in November and then radiation in January.

Some of the chemo treatments have been difficult but with the support of coaches, players, parents, staff, and family (especially my husband), they have definitely helped me get through all of this.

Thank you so much for all your support! 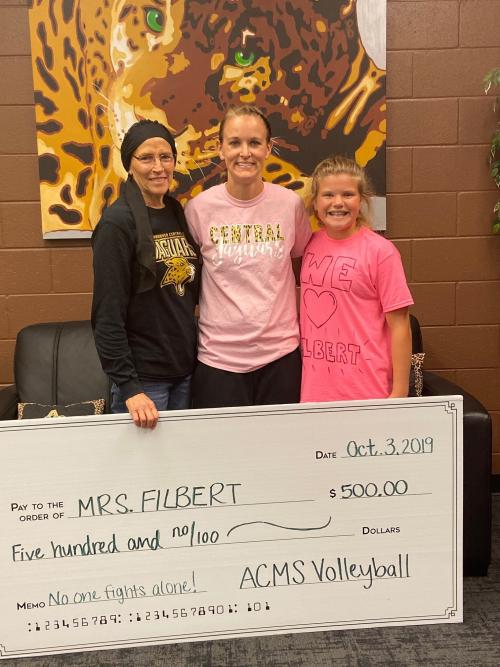